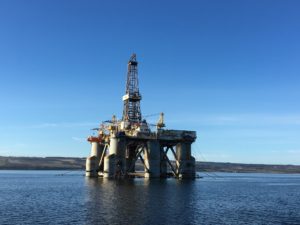 Stocks continue to move from side to side – apparently stuck in a holding pattern – as investors searched for anything that would give them a clue surrounding the multiple concerns that plague the investment landscape.  Inflation, interest rates, supply chain issues, central bank policy, gov’t spending, stretched valuations, MEME stocks, crypto currencies, and Investopedia searches for terms like ‘naked shorting’, death cross, trading halts and short squeezes are all the chatter.   And while all these concerns exist – none of them – now – have caused any near-term panic at all…. In fact, all the indexes are closer to their highs than not…. – the S&P pushing higher yesterday – by only 1 pt., sent that index to its third highest close in the record books. By the end of the day – the Dow lost 30 pts, the Nasdaq gained 44 pts and the Russell added 25 pts.  Treasuries ended the day yielding 1.5% offering support for stocks – suggesting that inflation is not an issue.

It was a non-eventful day for the broad market – yet there was action in two places.

1. The Meme stocks with 3 new names in the mix.   Wendy’s which makes zero sense to me but clearly makes sense to a range of traders in the Reddit rooms…. Yesterday’s action saw WEN gain $6 or 26% on what news?  Exactly – none.  It is Wendy’s, they make hamburgers – which by the way are not even that good, but that is another story….and this morning the stock is quoted up another $2 or 7%.

CLOV – rocketed higher by 85% after Reddit traders identified an increasingly large short position.  Contextlogic (WISH) gained 50% after the Reddit traders began a discussion of a potential short squeeze.  And while this phenomenon continues to impress so many – I cannot see how it will end well…. but it is a wave, and it is a phenomenon, but it is not in my wheelhouse at all.

2.  The crypto space – specifically Bitcoin… it had zero positive reaction to the huge conference held in Miami Beach over the weekend…in fact – it has done nothing but come under pressure – falling nearly 12% yesterday testing  a low of $31,060 before finding support….and that is just at about the neckline that I have been discussing for 2 weeks now – a neckline at $30,000 which completes the head and shoulders pattern that has been developing…and while we got close yesterday – we weren’t close enough, so do not be surprised if we test lower again to see if the buyers do in fact defend the position….recall – I have been saying that if it fails at $30,000 – then the next stop is $20,000.  If it holds then look for it to rally to the trendline at $41,900 before it finds any real resistance.  So, for now the range is clearly defined – $30k/$42k.

Tomorrow brings us the all-important CPI (Consumer Price Index) report…. expectations are for a 4.7% increase y/y on the top line with a 3.5% increase ex food and energy.  Both of those are large numbers but have been well publicized so no one should be surprised – unless of course the actual numbers diverge from the expectations.  Now in the end – no matter what the number is – analysts/strategists will attempt to fit it into the broader conversation that they support…some will say it is a ‘transitory non-event’ while others will warn of more permanent signs of inflation.  In the end you will need to come to your own conclusions.

And then next week – we will hear from FED chair Jay Powell as he tries to put it all in perspective and remind us that he is in control and that the FED is well equipped to deal with any developing situation.  But investors will be more interested to hear what he has to say about when the tapering conversation will begin…. Not when they may begin to think about – because that is already happening – whether you want to believe it or not – Investors want to know when tapering is set to begin…. most estimates peg that at sometime in the fall of 2021…. but the FED is being very coy.

In any event – investors should expect continued volatility in the weeks ahead as the realization of the tapering conversation settles in causing investors to re-price the risk.  Now, if the FED does a good job of jawboning this issue – then they just might succeed in getting investors to be less anxious and markets may not react violently, but if investors do not believe what they hear – then the re-pricing could be a bit more volatile….and that is the camp I am in.  I do not believe that this is transitory at all – remember – they have an interest in trying to control the narrative, they have an interest in trying to create calm in the markets….so their perspective/presentation will reflect that message…. Remember – there are two sides to this argument….and there are plenty of economists/analysts who also disagree with the current narrative so all we can do is wait for the data to confirm or deny the story.

This morning US futures continue to reflect confusion…. Dow futures are off 20 pts, while S&Ps are up 1, Nasdaq up 21 and the Russell up 2.  I suspect that trading today will also be a bit of a non-event since there are no economic drivers to cause concern.  The MEME stocks though will continue to gather much of the headlines as the Reddit traders scan the markets to find some other victim…. Here is the current list of hot MEMES stocks.

Oil!  Explodes higher – piercing $70/barrel for WTI crude. BINGO!  It just happened about one month sooner than I have been saying, but it happened as demand here at home surges, demand from Europe rises and the prospect of more Iranian oil hitting the market fades.  There is nothing more to say…. because as the world opens – expect demand to continue to increase faster than supply can increase….and that is what I have been saying for months now.  My sense is that we are solidly in the $65/$75 range now.

Bitcoin is trading at $34,500 – news that El Salvador did approve Bitcoin as LEGAL tender in that country – is not necessarily a positive thing – in my opinion.  …. I mean think about it – El Salvador?  Really?  When you think of El Salvador do you think of financial stability? Security? Developed Country? Stable economy?  Solid middle class? Financial capital?  Will El Salvador really replace NY, London, Singapore, and Hong Kong as financial capitals?  It is a joke…and I would not be making any investment decisions based on that piece of news.

The S&P closed at 4227 – after trading in a tight range of 4208/4236.  As noted, – I expect more churn today……and look forward to tomorrow’s CPI report and next week’s FOMC press conference.   I have been saying that the markets feel a bit tired, extended and needs some time to digest what is coming down the pike this month – and I continue to believe it….

Text INVEST to 21000 to get my digital business card – give me a call if you want to discuss the markets or a plan.  You can now get a video version of this note on my YouTube Channel.

A great dish from this Island nation – well not really their own nation – but if you ask an Italian – Sicilians are Sicilians….Capisce?

For this you need: Raisins, green olives, capers, pignoli nuts (pine nuts), diced tomatoes, garlic, onion, s&p, olive oil and the swordfish.  This dish is easy to make – it will tease your senses – and tickle your pallet – only takes about 15 or 20 mins to prepare and 20 mins to cook…. enough time to set the table, pour the wine, light the candles, put on the music, and dim the lights….

Season the swordfish with s&p.

Next soak the raisins in warm water for about 1/2 hr… drain and set aside.

Heat the olive oil in a sauté pan on med high heat…. sauté the diced onion and crushed garlic until soft. Do Not Burn.  Maybe like 5 / 8 min’s…. add raisins, diced tomatoes, chopped olives (no pits!), and capers – like 1 tblspn.  (If you like capers feel free to add a bit more – but not too much as the taste will overpower the dish).  Reduce heat to simmer and cover…stirring occasionally…. for about 15 min’s or so…

Place the swordfish in a baking dish and cover the fish with the raisin/olive/caper/tomato mixture – bake for 15 min’s or until the steaks are firm….