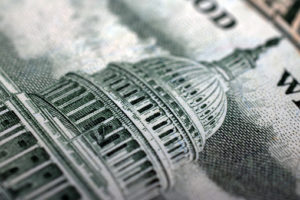 Investors/traders and algo’s all celebrated Jay Powell’s presentation on Wednesday, the strong economic data that hit the tape at 8:30 am and the continued excitement over some of the 50+ companies that were on the docket to report earnings yesterday and while there were many – the prize was going to be AMZN – and they weren’t due to report until AFTER the closing bell…..leaving investors/traders hanging in the balance…..….…..After digesting and dissecting the Fed’s comments overnight and feeling confident that there was nothing to worry about – it was ‘All Systems Go!”  and go they did as investors accentuated the positives and eliminated the negatives….  …..Stocks started out the day strong, paused and reconsidered and then surged again into the closing bell…..At the end of the day – the Dow notched gains of 240 pts or 0.7%, the S&P rallied 28 pts or 0.7%, the Nasdaq added 31 pts or 0.22% while the Russell is the one that is ‘raising the flag’ lost 8 pts or 0.4%.

As of today – 284 S&P companies have reported and 90% of them have BEATEN the estimates…..and that is well above the usual average of about 73%….numbers this reporting season have been unbelievable by most accounts,  but it is necessary to remember the comparison…..the numbers appear so grand, because it was one year ago when the world went dark, when businesses were shuttered and global citizens were told to ‘shelter in place’.  Stocks plunged, business models imploded, life came to a standstill, earnings got whacked AND forward guidance was a non-event……That is all a memory now – central banks came to the rescue (again), gov’ts launched multiple relief programs and money poured into the system.  4 vaccines are now available, and we have a new administration that is the opposite of the prior administration with promises of ‘raindrops on roses and whiskers on kittens, bright copper kettles and warm woolen mittens, brown paper packages tied up with strings – these are a few of their favorite things….’ That sounds like ‘The Sound of Music…’

And music it is!  If you have been paying attention – earnings have been like ‘music to investors ears’……each one getting better and better – significant beats, robust forward guidance and massive stock buybacks all sending investors and portfolios to the moon……It has been one for the record books….

Yesterdays’ economic data did not disappoint either….1st Qtr. GDP coming in just a tad below the expectation at +6.4% as this burst of growth put us right back where we were pre-pandemic in what has been a rapid, consumer driven recovery.

Just for clarification – ‘GDP (Gross Domestic Product) is the total market value of ALL the finished goods and services produced within a country’s borders in a specific time period – (in this case quarterly) and it functions as a comprehensive scorecard of that country’s economic health’ (Investopedia).

Yesterday’s report left us within 1% of our peak – reached in the 4th qtr. of 2019 – just months ahead of the covid 19 strike that crippled the country and the world.
Next up were all of the earnings to hit the tape before the market opened and there were plenty – 90% of which beat the expectations…..and so it was and so it was written….investors celebrated around the world as global markets also joined in the fun…..as better economic data, better earnings and promises of ‘cream colored ponies and crisp apple strudels’ hit the tape and the clock ticked down to the 4 pm hour when Jeffrey Bezos’s and Andy Jassy would announce Amazon’s earnings…..

Now during the day- traders/investors and the algo’s took the stock up $12 or 0.4% at $3471/sh – not very much considering what many expected – myself included – but to be fair it is a $3500 stock and while everyone expected a blowout number – the stock is up 11% ytd – and it could have gone either way…..I mean we’ve seen how some companies have reported better numbers and investors hit the sell button to take profits (MSFT the most recent example) and so the clocked ticked and the stock moved cautiously higher…..and then BAM!

The news hit the tape – “AMAZON SMASHES ESTIMATES” – profits tripled to $8.1 billion while quarterly sales soared by 44% to $108 billion.  Demand for ‘everything AMZN’ driving consumers to go nuts……and then the stock surged another 3.7% in after hours trading taking it up and thru the highs that I identified in yesterday’s note…. of $3552 – with the initial surge taking it up 5.5% to $3667/sh before settling down at $3557/sh.  This morning the stock is quoted at $3555/$3557 and we can expect to hear about it all day….and just 3 days ago – Bezos’s was worth $197 billion and after last night’s surge – he is now over the $200 billion mark…leaving Joey, Bernie and Lizzy trying to figure out how they can get 60% of that to redistribute to the masses.

This morning US futures are DOWN (Oh No!).  The headlines define it as a ‘dip’ – Dow futures off 50 pts, S&Ps off 11 pts, the Nasdaq down 50 pts and the Russell off 6 pts.
It is April 30th – the last day of the month and a time when some asset managers will clean up their books for month end marking period.  So, taking some money off the table to re-allocate is expected….so this morning weakness is nothing to get all worked up about…. or is it?

The chatter now is that while confidence in the economy is booming, there ARE signs of ‘froth’ and concern (this is NOT new) ….and even though Jay said that the FED isn’t going anywhere – the rumor today is that he will come under pressure to stop singing about ‘girls in white dresses with blue satin sashes and snowflakes that stay on our nose and eyelashes’ but rather assess the extent of his accommodation…the ‘froth’ that he mentioned on Wednesday is causing valuations to become very very stretched leaving some to wonder if he wasn’t being honest with us and himself as he may be forced to reconsider a change in policy sooner than he expressed.  But what is so funny now is that the ink still is not dry on his policy statement on Wednesday, and some are already trying to re-write that statement. And while this morning’s weakness is nothing much, if this narrative picks up speed in the weeks ahead, then the market will come under pressure for sure…. but I will say – he has been very adept at managing the media and the narrative….my money says he sticks to his guns…

The S&P closed at 4211 – after piercing it early in the morning, falling back to 4176 only to surge again late in the day.  This morning’s weakness will see it open below 4200 and if the tone remains mixed, then I suspect today will end a bit lower on balance.  But a bit lower still leaves us at all-time highs – so let us not get anxious.  I am not gonna lie, it feels a bit toppy to me, it feels a bit stretched to me….and while we could certainly go higher – I would like to see it come in and shake the branches to see who falls out.  Any pullback will find support at 4140 ish…. or just 1.5% lower….

Text INVEST to 21000 to get my digital business card – give me a call if you want to discuss what I can do for you.  You can now get a video version of this note on my IG (Instagram) feed – my handle is Kennyp1961 (https://www.instagram.com/kennyp1961/)

Here is another great Springtime dish…. Looks great on the plate and is pleasing to the eye and pallet.  Try this on a night when you can set the table outside, play some classic Gigi D’Allessio on Spotify and enjoy the night.

Begin by trimming asparagus, Cut the white end of the stalk off and discard.  Blanch the asparagus in boiling water until tender crisp, then drop into a bowl of ice water. Do not overcook – you want the asparagus to be firm not limp.  Once cooled – cut into bite size pieces – saving the flower aside.

In a lg sauté pan – sauté the pancetta and garlic in some olive oil.  do not burn…. Add in the asparagus and stir.  Add the wine and cook until it has been almost completely absorbed. Turn to simmer.

Bring a lg pot of salted water to a rolling boil and add the spaghetti.  Cook for 8 – 10 mins or until “al dente”, then drain and add to the sauté pan with the pancetta and asparagus.

– Reserve a mugful of the pasta water. Add back a bit to moisten…do not leave a puddle…. stir to mix well.  Toss in a handful of grated pecorino cheese and mix well.

Serve in individual warmed bowls, adorning with the asparagus flower – offering extra grated Pecorino cheese at the table for your guests.  Compliment with your favorite white wine…. Nothing too fruity. I like a chilled Pinot Grigio – or now that summer is coming you can try a nice Rose!  (Remember – Rose all Day!)